Inflow Devices (ICD)  – An ICD is a device that is used downhole to control the flow rates of production fluids into a SAGD well bore.

Outflow Devices (OCD)  – An OCD is a device used to control the flow rates of steam injection into a heavy oil formation on SAGD well bores.

A Staging Diverter Pup (SDP) is a flow control device system that can manipulate the flow rates of multiphase fluids and gases using sliding sleeves and shifting tools.

A Gravel Pack Joint (GPJ) is a sand control device used in both offshore and inland oilfields. The GPJs will replace the procedure and uncertainty of pumping and placing a gravel pack within the wells annular. The GPJs contain the required ceramic bead (gravel pack) within the tool, eliminating gravel pack placement by pumping. 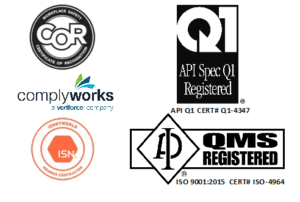